Caring is inherent to the human being and, for this reason, it has remained a constant throughout time. However, some people have professionally cared for others, assuming a variety of roles which have traditionally been influenced by scientific progress and sociocultural change. Nursing as we know it has been influenced by centuries of caring, becoming a complex and dynamic discipline, with great capacity for problem-solving in relation to people´s needs. We declare that we are in agreement with the Declaration of Granada of 2012, which considers Nursing Knowledge, developed as a caring professional throughout centuries, as the main legacy of the science of Nursing to Humanity.

The participants in the III International Meeting for the History of Nursing and Nursing Thinking, which took place at the Monastery of Oseira (Ourense, Spain) between the 14th and the 15th of July 2017, in collaboration with other academics and researchers who have subsequently endorsed its content, agree to subscribe the following Declaration. We do this so as to highlight the need to establish the foundations, and contribute to the dissemination, of a distortion-free history of Nursing. It is important that Nursing history is built with scientific rigour as it portrays both universal and innate values of the human condition, such as the acknowledgment of human dignity, equity, respect for diversity and equality between men and women.

For these reasons, we believe it is important to subscribe to the following decalogue about the role of history in the shaping of today’s nursing and ensure that it continues to do so as part of the nursing curricula.
_________________

1. Nursing, understood as the activity of human caring both in health and in sickness, refers to the system of professional caring practices carried out by both men and women, independently of their historical expressions, social conditions and diversity of denominations.Nevertheless, Nursing recognises the legitimacy of other forms of caring, either domestic or other, as long as certain ethical and moral values are respected.

2. History has contributed to effectively consolidate our pro-fessional identity by clarifying the principles and universal values assumed and displayed by nurses in the free exercise of our compromise with society throughout time. For this reason, we consider that the History of Nursing should be integrated in undergraduate nursing curricula and become an essential component of Nursing training.

3. Researchers of Nursing history, independently of their professional background, must rigorously select and observe the most appropriate methodology, identify adequate sources of information, and adhere to theoretical and historiographic approaches which facilitate both rigorous and precise interpretations of the impact of Nursing on different contexts, in order to allow it to fulfill its pedagogical function.

4. Throughout history, nurses have often put professional commitment with other people’s needs before personal inter-est. In many cases, this has been due to the strong leadership of certain women and men whose role and legacy to Nursing are yet to be given their rightful place in history. It is essential to investigate their role in shaping Nursing as a profession andreclaim their place in history for the new generations of nurses to know and value.

5. Historically, Nursing development has been influenced by two elements, namely its firm commitment to those who experience inequality and frailty, and the integration of scientific knowledge as described in technical and educational manuals written by nurses long before the first printing press. Thus, we think it is important to recover and analyse such evidence, which will facilitate the study and understanding of Nursing as a scientific and social discipline.

6. It is necessary to reclaim the importance of the hospital as a caring institution par excellence; as a multifunctional scenario where creativity and innovation have driven Nursing forward both professionally and scientifically. For this reason, we call all nurse historians to explore archival sources which have so far been under investigated, and which will potentially provide valuable, specific and contextualised knowledge on the historical development of Nursing.

7. We know that teaching and disseminating a distorted histo-ry which contains omissions and fallacies derived from either speculation, ignorance or ideological interest, can potentially be damaging to Nursing. Thus, we call all academics to in-crease their effort to avoid them, and base their teaching and learning activity only of rigorous and valid sources.

8. History of Nursing could be perceived as tedious unless lecturers make a conscious effort to make it attractive to student nurses. For this reason, we ask lecturers to use engaging teaching and learning strategies, utilise innovative teaching methods, in short, put the students at the centre of learning, in order to allow them to understand the true meaning of past events and recognisetheir contribution to the progress of humanity.

9. We ask all scientific societies specialised in the History of Nursing to ensure that research activity in this field is carried out, and disseminated, with rigour. In addition, we ask them to develop initiatives which increase the professionalisation of researchers and editors in this field.

10. We acknowledge that it is important to disseminate Nurs-ing history’s most important historical events among the general population. For this reason, all available means and mechanisms, including informational events, webs, thematical exhibitions, etc., should be used in an attempt to publicise the contribution of nurses to the caring activity and the values underpinning one of the most ethically committed professional activities.

If you agree with the contents of the Declaration, you can subscribe to it, including in the comments section your name and surname, institution, city and country. You will appear in the definitive publication of the text that we will soon publish in the magazine Temperamentvm. 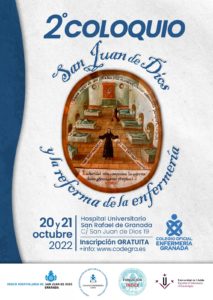